Create an account today and become a member of Skelly B Vibez. 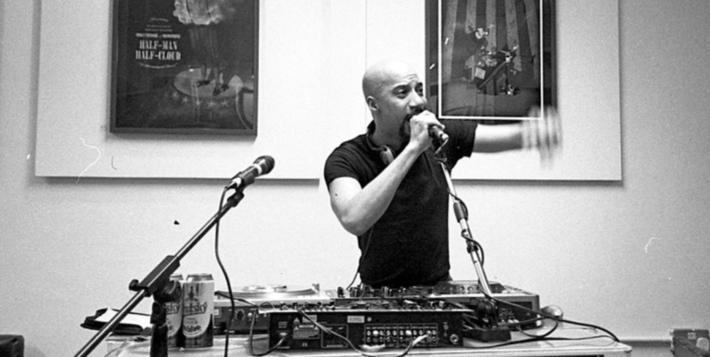 He’s Father would DJ all different genres of music, Funk, Soul, Rock, Pop, early Hip Hop music which he introduced him too, but his main
forte was Reggae music, all of which would inspire Skelly B as a kid.

At age 10 after his parents had divorced,  he moved and lived in different parts of Brixton & attended Clapham Youth Center, there he joined a musical and theater Production Company called The Brixton Young Entertainers where his musical, dancing, poet and acting skills were enhanced, he would also hang round various Sound Systems & DJ’s, and fell in love with the art of DJ-ing and Hip Hop culture

At Clapham Youth Centre Skelly B was apart of three teenage groups with his younger sister Sweet K, cousin Freaky D, and music partner Steve Swaye, the groups were The Hard Rock MC’s, The Ragga Muffin Youths, & 18 Karot Gold, he was the keyboard player, Emcee, Song Writer, Co Producer, Beat box, and Dancer for all three groups. They would rehearse four times a week, tour the UK often, performing at many music festivals, and make TV appearances, they were looked upon as young music prodigies and would support and be the opening act for many artist who would tour the UK.

In the late summer of 1989 certain band members went on to pursuit solo projects, leaving Bass player Emcee Steve Swaye, and Keyboard player and Emcee Skelly B to become a rap duo and music producers.

Under the wing of Reggae record label Progressive Sounds they created there own music production company called 18 Karot Productions, they would write and produce for various artists, groups, and also for themselves, and would releasing a number of underground records. But it was the song they recorded and released in 1994 ”Got It Goin On” featuring T.O.P  that brought them to a wider audience across the UK, Europe and parts of the U.S. The song got them to tour and do shows with singer Yazz, 2Unlimted, Technotronic, Mark Morrison, UK Apache, MN8, Fredi Kruga, Gregory Isaac, and got them to work with Soul II Soul.

Skelly B would DJ at parties, clubs, and events during days off from his group, but once touring had slowed down for 18 Karot Gold he would DJ more often which lead to him hosting monthly events around London and Europe.

In summer 2007 DJ Locky Stylez offered Skelly B his own radio show on flavouradio.com called ”Da Blast Vibe show” which once again brought him back out to the public eye and gaining him a world wide audience.

In 2010 he moved to Dublin Ireland and would broadcast from there. While in Dublin his show became the number one show on flavourradio.com

1997: Skelly B with music partner Steve Swaye appeared in the movie “Bring Me The Head Of Mavies Davies” with Rik Mayall Jane Horrocks and Danny Aiello.

2000: Appeared in Oxide & Neutrino video “Only Want To Know Me Cause I’m Famous” as a club thug.

2006: Appeared in Paradise video“Revolution” as a Revolutionary.